This lesson is called ‘organize curriculum’ which will show you how to organize your curriculum in a logical and sequential order for maximum benefit for your customer and maximum profit for yourself.

… and have nothing left for later on in the more expensive items which are where the profits are.

Here are the steps to organizing your curriculum.

When you come up with your idea, try to organize it in sequential order and gradually unload it in slow and steady stages.

This of it as taking someone from a level 0 to a level 2 (give you their email) then to a 5 (buy your first product) then to a 7 (buy more products) and eventually to a level 10 (bought all you have and are waiting for you to make more).

You need to gradually do it slowly over a period of time.

Don’t forget, people are very busy; they do have a million things to do in the day and don’t spend all their time thinking about your product.

Depending on your program, if you have 10 products, the average customer may only buy 4 or 5 over the course of a year or two.

Some may buy all your stuff (and we call those people raving fans) but the majority will only buy maybe 4 or 5 products out of your full range over the course of 1-2 years.

To give you an example of organizing your curriculum … for my guitar site, my first product shows beginners how to play the guitar.

It’s a simple program that covers all the basics and we promoted that as the intro product for a low price to start.

Once they bought it, then introduced them to further specific aspects of guitar such as chords, scales, progressions, leads, and so forth.

So that was stage 2.

Then after that, we introduced them to different styles such as rock, blues, jazz, country, and so forth.

See how it’s a natural progression.

We didn’t make a course that has EVERYTHING in it.

We focused on 1 topic, made a course on it, and then made another.

The same goes for our drawing site, where our first product shows users how to draw a person.

It covered all the basics such as how to hold a pencil what is the best equipment to use, how to draw the eyes, the nose, the ears, and so forth … so by the end, they could draw a person (exactly as what the course said).

See how it’s a natural progression from one to the other.

The same is with our Krav Maga site we made where the first course shows them the basics of Krav Maga and self-defense such as how to stand in your first stance, how to punch, how to block, and so forth.

See how it’s a natural progression.

So think of how this applies to your own course business so it’s a natural progression and organize your curriculum in this format so you can expand.

Remember just because you know a lot about the subject matter, doesn’t mean others do.  Some people have no clue and you need to take them by the hand and lead them step by step.

So by breaking things down and organize your curriculum in a logical sequence… it makes it a lot easier for your customers to understand.

It also makes it a lot more profitable for you in the long run.

Now you know how to organize your curriculum into a logical sequence for the best outcome for your customer and the most profitable for you. 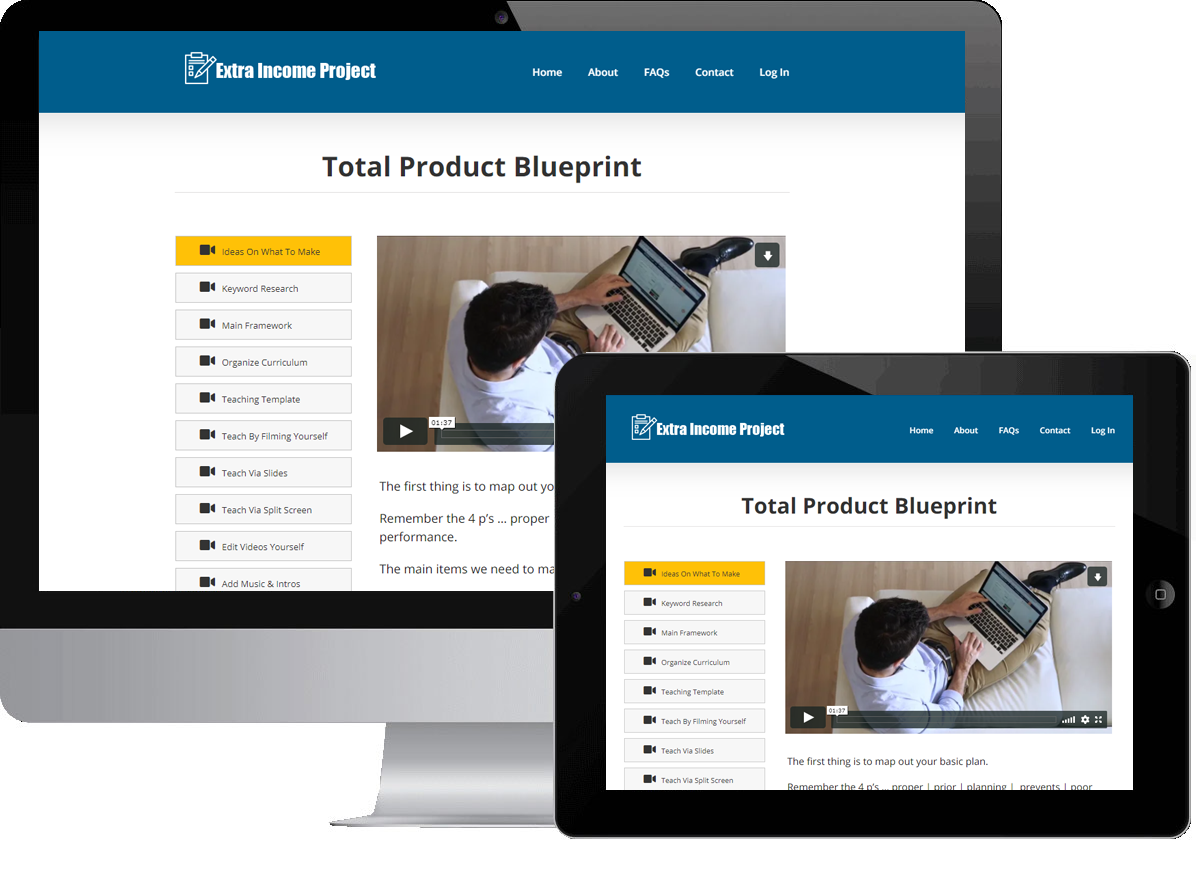